I've already started crafting some presents for Christmas, as I usually leave it much too late! Not this year. 2012 is the year for only homemade presents! I've already got some chocolate vodka on the go in the cupboard, as well as some Blackberry and Elderberry jam, and hopefully soon to be joined by some Christmas Apple Chutney.

But as well as cooking, I love knitting. The feeling of accomplishment when you finish a project is still makes me proud, and seeing someones face light up when you give them something homemade is lovely. I want to make small accessories for family and friends and have already made some lovely knitted slippers for my mum and boyfriend's mum (pattern downloadable from here), but for my sister and boyf's sister I want to make a lovely warm woolly headband to see them through the miserable English winter. I've made myself one using the wonderful Mari from Wistful Plying's pattern (see her blog here for the pattern), but I have some gorgeous wool left over from previous projects that I want to use and there isn't quite enough left to make them the same one. So I decided to be adventurous and write my very own pattern. I'm pretty happy with it! 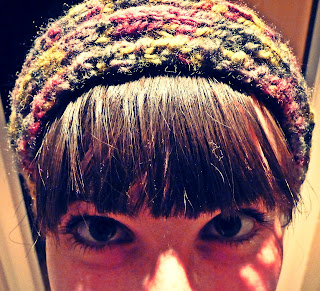 So here it is- my first ever pattern. I'd love it if you let me know if you tried it out and if you think anything needs amending. Or just if you have anything you'd like to say, I'd really appreciate some feedback.

Size 7 needles. Chunky Knit wool.
K1FB= Knit stitch in front and back to increase by one.
K2tog= Knit two together to decrease by one.

You should end up with a nice thin head band with two waves wiggling through the middle. I hope it keeps you nice and snug through the cold months! 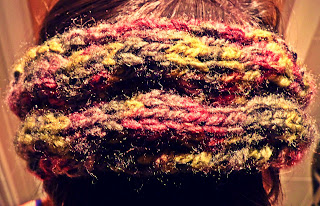 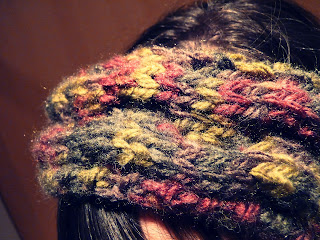 As always with these things, please use for personal use only (although selling in aid of charity is fine by me!), and it would lovely if you would link back to my blog if you happen to love it so much you put it on yours :)