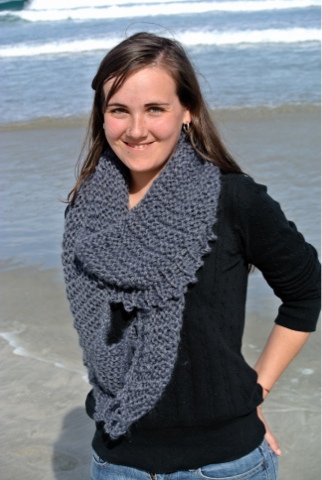 You may be aware, I'm currently on a gap year, travelling through NZ (the locals call it an OE rather then a gap year but I'm not really sure what that stands for!). So this is my excuse for my woeful lack of posts recently, again, apologies!

Anywho, first thing I did when I finally landed in Christchurch- headed straight to a yarn shop. Yep, the boy went to buy a guitar and I went a few doors down to buy needles and yarn. We'd done a few weeks travelling before getting to NZ, and without my knitting I had to do things like sit still. Not sure about any other knitters out there, but to suddenly find yourself without anything to do apart from sit still was hard. Really hard. I guess my fella felt the same without a guitar to hand, hobbies are just such a part of you it's weird when it's not an option (even for a few weeks!).

Finally, I head lots of pretty, dark grey yarn, and big fat circular needles. I had to think hard about what I wanted to make, we have limited space in the camper (apparently limited for yarn, but not for a guitar, sheesh!), so I didn't want a bulky project, no jumpers or anything. But the South Island is cold this time of year, and with our plan to catch the tail end of winter down by the southern lakes, I figured a big cowl would be perfect. It could go over a shirt or over a coat and still look nice and stylish. And it would be warm, which would be delicious!

I've not written a pattern in a while, so I wanted to write one for this project. You know, keep the knit-brain ticking over nicely. I hope you like it, it will be perfect for you Northern-Hemispherers to make in time for autumn. If you're Southern Hemisphere, you need to make it sharpish before it warms up too much! 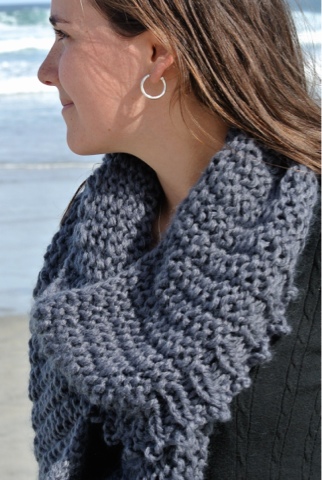 Pattern:
Cast on 130 stitches quite loosely and place a stitch marker. Join without twisting and *K2 P2 repeat from * until end of round.

Next round, purl over the knits and knit over the purls. This should happen automatically if you have cast on exactly 130 stitches. You should start the next round with *P2 K2, and repeat from * until end of round. A pattern will begin to emerge and it will look lovely! Repeat rounds 1 and 2 until the piece measures 8 inches long.

Starting at the begining of round, rib in K1 P1. Continue this for 4 rounds (K on top of Ks, P on top of Ps). The piece should now measure 9-10 inches. You can of course make the cowl longer if you wish.

Now to cast off, we're going to get a little fancy. Have you ever used the picot cast off method? If not, it's really beautiful. I think it looks like the top of pointy crowns, you know the kind you used to make out of cardboard when you were a kid? And it's easy to learn. There's a bunch of tutorials on the internet, I used the HandKnitted Things tute when I first used this cast off, it's well explained with plenty of photos which is always helpful!

So, cast off with the picot method, snip yarn and weave in ends. And viola!

I hope it keeps you lovely and snuggled in the cold months. Don't forget to let me know how it goes on Google+, Ravlery or just at the bottom of the post. I love hearing from you! 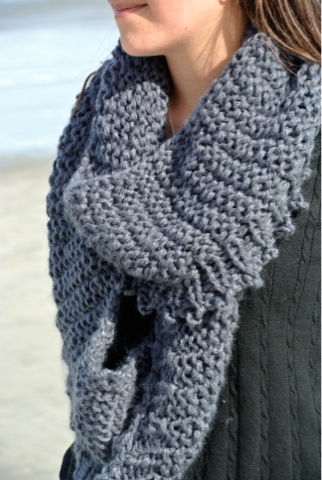